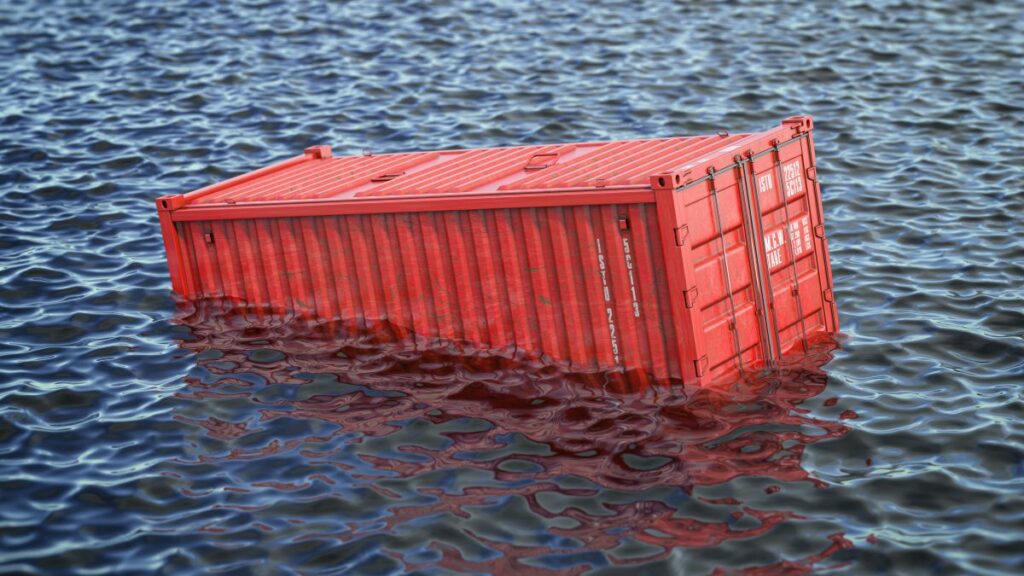 The shipping industry is seeing the biggest surge in container losses in seven years. More than 3,000 boxes were lost overboard in 2020, while thousands more have fallen overboard so far in 2021. With many blaming the import surge for the rise in container ship accidents, it’s clear that shippers need to make sure their cargo is covered by their insurance policies now more than ever.

These days, it seems every time you turn on the news, there’s a story on shipping containers. While the current news cycle is focusing on the supply chain crisis and containers stuck at outside ports, there’s also been another disturbing trend taking place on the high seas- container ship accidents.

The number of containers that fell overboard from ships in the Pacific last winter is unprecedented. Experts say the number of shipping container losses is directly related to the huge import boom happening in the United States.

Simply put, the more stuff people buy, the more shipping containers are packed to the brim while floating on congested seas.  Factor in some bad weather and a labor shortage, and it creates the perfect recipe for these shipping accidents. 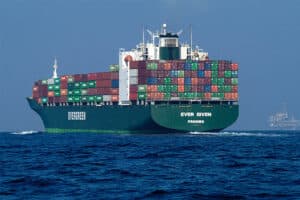 2020 and the Spike in Container Shipping Accidents

Last winter, the shipping industry saw its biggest spike in lost containers since 2007.

In total, 3,000 containers were lost overboard. That’s more than double the annual average- over the past 12 years, the average has been around 1,400 lost containers a year.

The rate of cargo ships losing containers continued to be higher than usual and by Spring 2021, 1,000 containers had already been reported lost.

While we know one of the reasons behind the surge is the pandemic-related demand for consumer goods, experts have been quick to point out that ships are getting bigger, allowing for containers to be stacked at higher levels than ever before.

There’s no doubt that by this time, you’ve heard of some of the major shipping accidents that took place this past year. One of the biggest stories of the year was, of course, the Ever Given disaster at the Suez Canal.

Millions around the globe witnessed an international incident as various attempts were made to free the ship as it blocked one of the most important global shipping routes.

When General Average is declared, not only are ocean carriers not liable for loss or damage to cargo, but every cargo owner with goods on that ship becomes fiscally responsible for the ship itself, as well as for the lost cargo of others. That means even if you didn’t lose cargo, you are still on the hook and must share in the expenses of both the damaged ship and lost cargo. As you can imagine, these costs can quickly become astronomical. Cargo owners often even end up owing more than their lost cargo is actually worth.

In the case of the Ever Given, Suez Canal authorities demanded $916 million in compensation to cover salvage efforts and lost revenue before publicly lowering the request to $550 million.

The Ever Given was then held for three and a half months by Egyptian authorities until the financial dispute was settled. The cargo was finally unloaded in August 2021, nearly four and a half months after the disaster.

That’s not the only General Average claim to make the news this year.

Most recently, the MV Zim Kingston lost about 40 shipping containers 43 miles west of the Strait of Juan de Fuca during rough seas in early October. Two days later, 10 containers onboard the ship caught fire. According to the U.S. Coast Guard, the fire was caused by two damaged containers carrying hazardous materials.

Shipping Accidents Forecasted to continue into 2021

There’re many indications that shipping accidents will continue to plague the industry.

For one, the rise in consumer demand for goods is holding steady. This factor, combined with the port congestion happening in the U.S., has many fearing the worst for the upcoming storm season in the Pacific. Experts say the area is primed for shipping accidents as more and more container vessels try to find space to lay anchor in choppy and heavy weather.

The concern is so high that the U.S. Coast Guard issued a winter weather advisory in early November requesting that larger ships stay three nautical miles apart from each other, be prepared to deploy a second anchor and keep their engines on standby.

What happens when a cargo ship loses containers?

Some containers sink immediately, while others float with the tide, reaching shores months and even years later.

Most parties involved are willing to remove the containers from the water when possible- but the truth of the matter is often cargo is lost or damaged beyond repair.

Cargo insurance covers lost cargo claims so you can recover the items that were damaged or ruined without paying out-of-pocket costs.

Just like any other type of insurance, there are different types of cargo insurance, offering varying levels of freight protection.

At TLR, we recommend an “all-risk” policy to cover your goods. As the name implies, all-risk insurance covers any and all instances of theft, loss, or damage to your cargo. This is especially important as we continue to see General Average declared more and more. If you are not insured with an all-risk policy, you will end up paying for your own lost cargo as well as your proportion of the General Average Claim. Like with the Ever Given and MV Zim Kingston accidents- these claims can devastate your company. 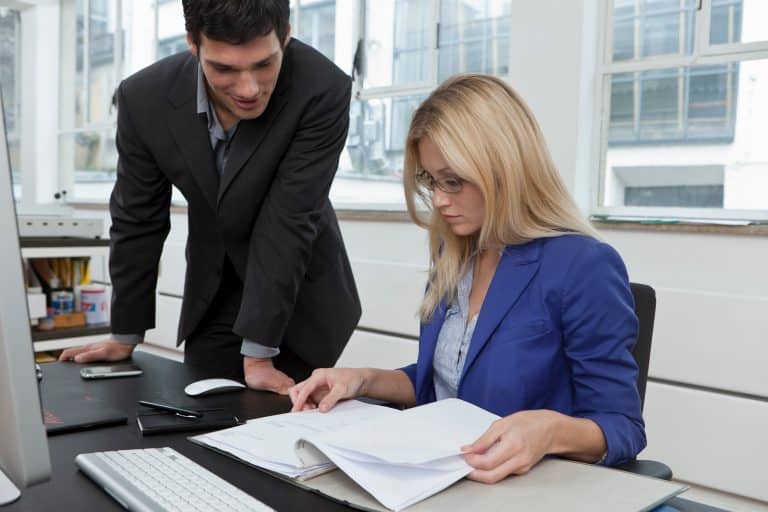 The most common mistake we see is cargo owners assuming they are protected from General Average with their current policy. We see it every single day.

With the rise in shipping container accidents, the single most important thing you can do today is check that your cargo is protected from General Average claims and covered by all-risk insurance.

TLR offers a free risk assessment of your current cargo insurance plan. We will look for any gaps in coverage and help you understand your policy so you can rest assured your cargo is protected and potential disruptions in your supply chain are minimized. Our goal is to make sure you are covered from warehouse to warehouse, giving you the confidence that your cargo is safe, secure, and free from any liability.

According to the World Shipping Council, roughly 1,000 shipping containers per year have fallen into the ocean over the past decade. Of course, this number will have to be adjusted given the past year's surge in accidents.

What is carrier liability?

Carrier liability is the term used in shipping industry to describe that a carrier has responsibility for shipment losses, damages, and delays. Many people mistakenly believe they don't need cargo insurance because they are covered by carrier liability. Cargo insurance, however, covers more than just the carrier’s negligence and protects your cargo from warehouse to warehouse.

Is freight insurance a requirement?

There is no legal requirement to buy cargo insurance. However, carrying cargo insurance is highly recommended. You should always weigh the potential losses with any collateral damage that could happen if your goods are not protected.

General average is the term used in maritime law to refer to an insurance mechanism that results in an equitable distribution of risk when there is cargo loss due to peril- as is seen with container ships. The general average rate (or how much each shipper must contribute) is determined through a lengthy and arduous process.

Some containers sink immediately and are lost at sea, while others float with the tide. Some may take months or even years before they finally come in contact with land! Even if a shipping container does not sink, recovery is often futile because the cargo is damaged or waterlogged. 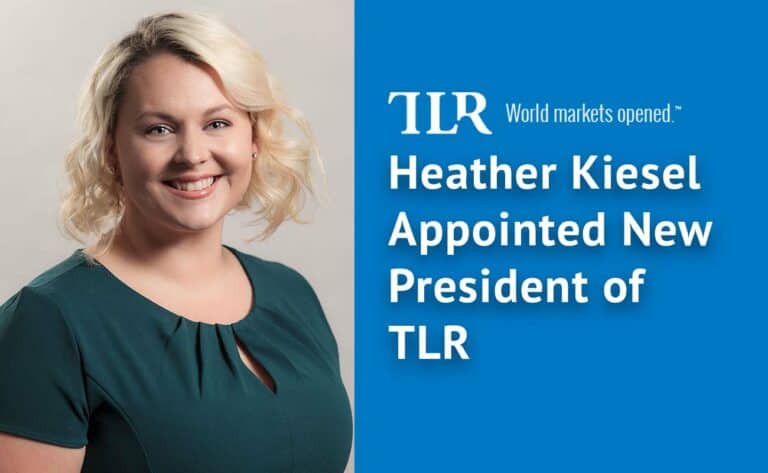 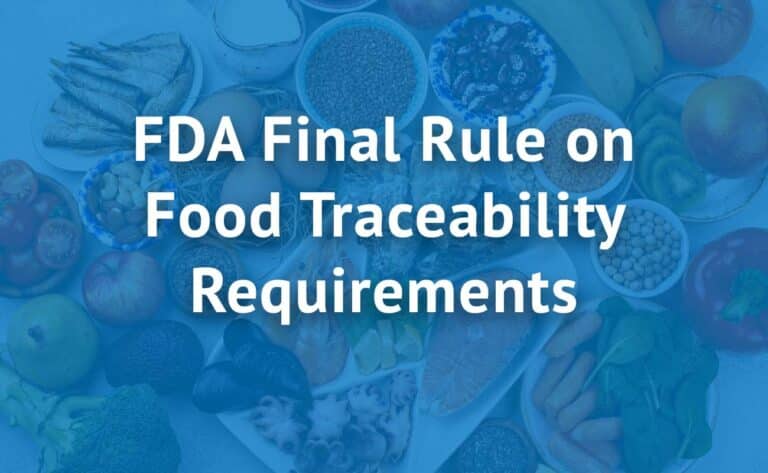 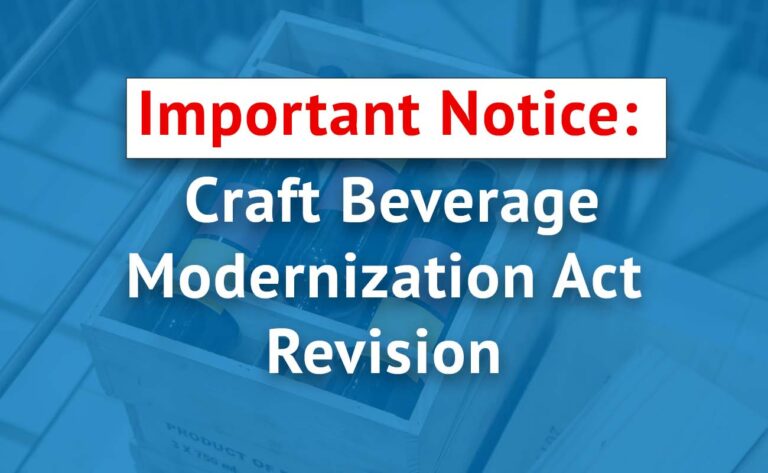 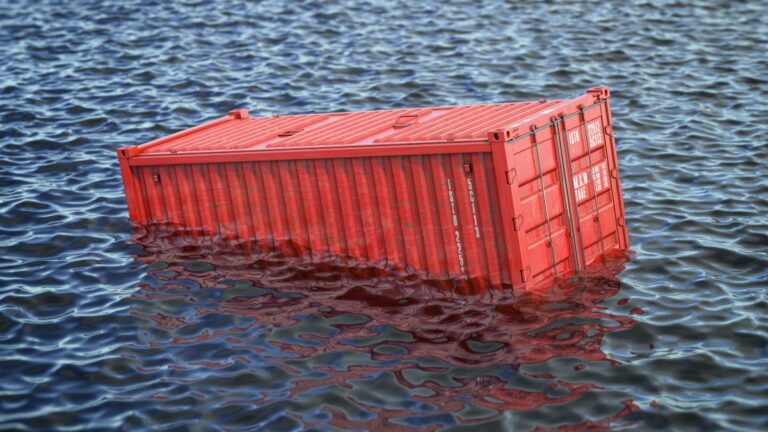 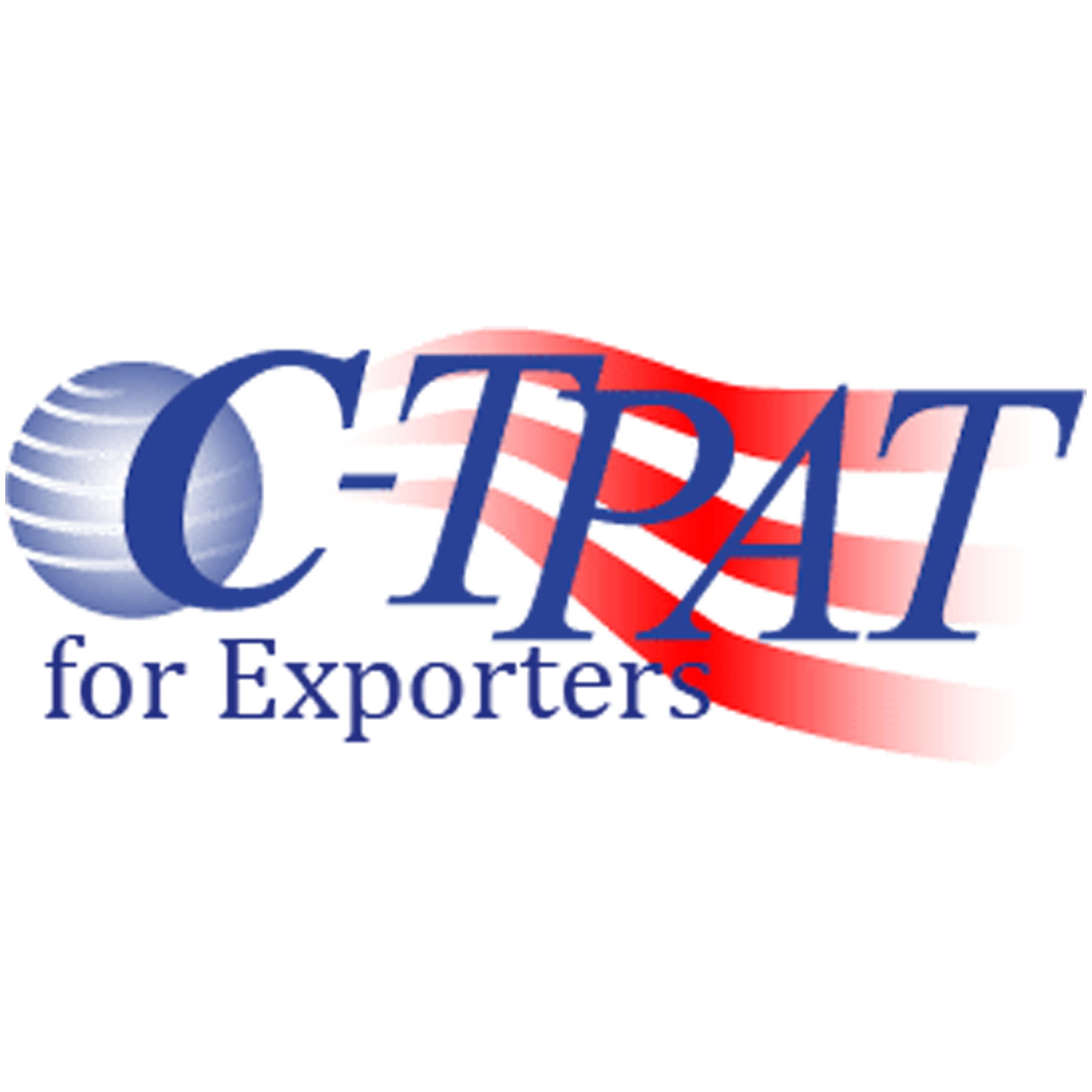 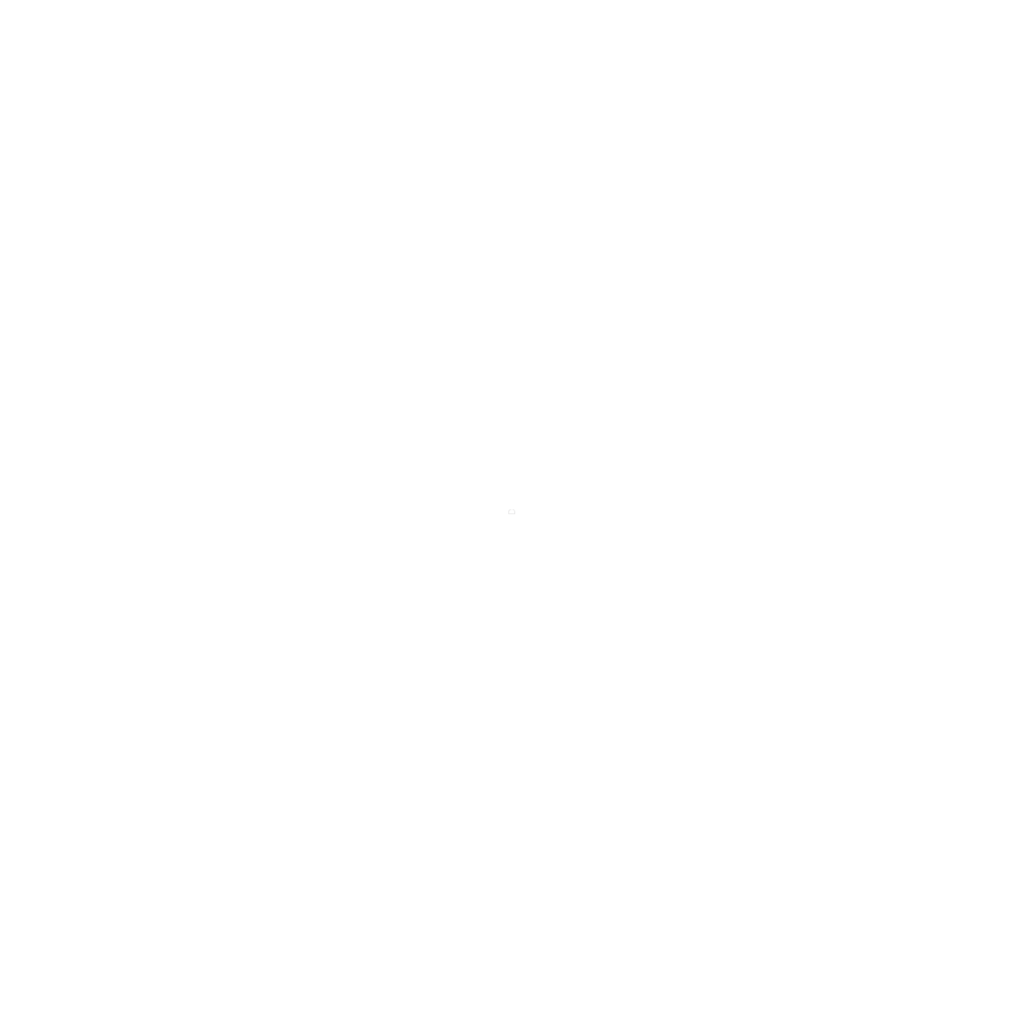